Jay Carney Is A Lying Liar Who Lies About Lying 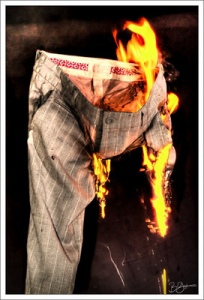 Jay Carney claims he never lies in his capacity as Press Secretary to the Obama Administration.

Pants on fire, I say!

I’ve already pointed out how very unlikely it is that Carney knows, as he claimed, three women named Hilary Rosen. You can check out many more examples of Carney’s questionable brand of truthfulness here.

The Most Amazing Coincidence!

This is such an incredible coincidence, I just have to share! I heard that Jay Carney claims to know three (3!!!) separate women named Hilary Rosen.

Allahpundit thinks Jay is lying, but that can’t be right, can it? I mean, I trust Jay to keep me up-to-date on all the breaking news from the Obama Administration. He would never lie to me, right?

(Sadly, it’s come to my attention that not everyone shares my high opinion of Jay. I’m crushed.)

Thanks for the link, Wizbang.

Why Do Democrats Hate SAHMs?

Dang it! I was trying to find a photograph that accurately depicted what a stay-at-home mom does everyday, but I couldn’t find a picture of a mom folding laundry while cooking a nutritious meal, while nursing the baby, while driving her children to their respective sports practices, while scheduling a doctor’s appointment for her husband, while conducting a PTA meeting, while mowing the lawn, while paying bills, while shopping for groceries. So I made this instead.

Why all the fuss? Yesterday, Hilary Rosen, a Democrat strategist accidentally pissed off every SAHM in the country…even though some of them don’t know it yet, when she indiscreetly tweeted that Ann Romney, a SAHM of 5 boys, had never worked a day in her life.

Now, of course, I understand the point she was trying to make, although not the rationale behind it, but this is a hot button issue for SAHMs and it’s a horribly unfair bias/misconception that they’ve been dealing with for at least 30 years…the idea that caring for your own children full-time isn’t “real” work (now if you were caring for someone else’s as a low-paid daycare worker, that would be, you know, cool).

I’ve been both a SAHM and a working mom and I can say without hesitation that in my experience, being a SAHM is far more rewarding, and at least as much work as being a “working” mom. Did I mention the volunteer coordinators for every organization you or your children are involved in who call you for every volunteer position that opens up because “you don’t do anything else anyway?” Yes, these words or words very similar have been spoke to me. More than once. Over a span of years and by different people. I only mention this to point out why this is such a sensitive issue. I’m not bitter or anything.

Dana Loesch is working it on Brietbart.

Stacy Mott chimes in for SGP.

Anyway, thanks are due to Hilary Rosen. She’s managed single-handedly to unify and energize the conservatives on Twitter in a way that Mitt had so far been unable to do himself.