Are the Democrats in Washington, D.C. really willing to deny pay to our servicemen and women over $363 million in funding for Planned Parenthood? Sadly, it appears so.

Thankfully, there’s a better way. Depending on the poll, roughly half of all Americans believe that abortion should be legal in “all or most cases.” Admittedly my math skills are weak but I believe that 50% of the 308,745,538 is Americans counted in the 2010 census is 154,372,769. If each of those people who apparently feel so strongly about a woman’s right to an abortion were to contribute just $2.35 to Planned Parenthood, the funding gap would vanish!

People who think Planned Parenthood provides valuable services can direct their dollars to its continued operation. People who have moral objections to abortion aren’t forced to fund them. This is the beauty and the logic of re-privatizing charity; people are free to direct their charitable contributions according to their own consciences. Win-win situation…what’s not to love?

Update 1: Ezra Klein of the Washington Post thinks Planned Parenthood is a swell organization because abortion accounts for only 3% of their services. Let’s look at what that means in human terms. 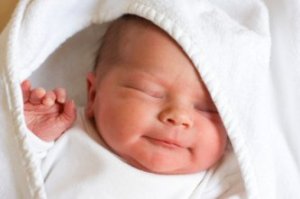 Because of Planned Parenthood, 899 babies won't be born today.

According to Ezra, Planned Parenthood claims to perform 220,000 abortions a year. That doesn’t quite jive with their 2008-2009 annual report (the most recent available). According to the report, they provided 10,943,609 services, with abortion accounting for 3% of the total or 328,308 abortions…meaning that Planned Parenthood performs 899 abortions every day; 37 every hour; one every 95 or so seconds.

But that’s a-okay with Ezra Klein because 3% is such a small number. (H/T The Other McCain)