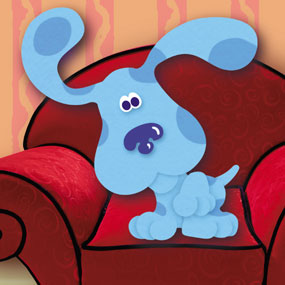 I'm a Blue Dog. I'm going to vote for Harry Reid's monstrosity before I vote against it!

Senator Ben Nelson of Nebraska provides one more example of why it’s important for the GOP to challenge Blue Dog Democrats in every district. (You know, aside from the fact that those are the districts where they’re more likely to win.)

Here’s what Senator Nelson had to say:

Throughout my Senate career I have consistently rejected efforts to obstruct. That’s what the vote on the motion to proceed is all about.

It is not for or against the new Senate health care bill released Wednesday.

Reid’s bill is a behemoth; over 2,000 pages. Barring the unlikely eventuality that the Senate approves an amendment that replaces the entire text of the bill with something else, does Nelson really believe that a mish-mash of amendments will improve it?

I hope Ben Nelson doesn’t think he’s fooling anyone. (I hope even more fervently that he isn’t fooling anyone, but that’s another post entirely.) Senator Nelson knows that a vote for cloture is a vote for Harry Reid’s costly, freedom-killing legislation. He knows that once the bill reaches the floor of the Senate, it’s chances of being defeated are less than 3%. Senator Nelson is just covering his…butt. He keeps Harry Reid off his back and counts on his “no” vote on final passage to placate those pesky constituents back home in Nebraska.

Not convinced? Consider the case of Mary Landrieu. Senator Landrieu played hard to get and was rewarded for her trouble with a cool $100 million in Medicaid concessions for her home state of Louisiana. (Yes, Harry Reid is purchased a single vote for his health care bill with $100 million of taxpayer money! Seems rather like asking the condemned man to put the noose around his own neck, don’t you think?)

I apologize for continuing to flog this horse, but I fear it is not yet dead. John Dietrich, writing at American Thinker, understands how important it is to control the language surrounding the Blue Dogs. As long as a single person in the GOP establishment continues to believe that working with the Blue Dogs is a strategy for long-term success, as long as any Republican or independent believes that Blue Dogs are anything other than run-of-the-mill, liberal Democrats, as long as anyone, anywhere continues to believe that Blue Dogs represent any significant stumbling block to advancing the leftist agenda, I must keep my switch at the ready.