Update: I originally wrote this back in March when Rep. Hansen Clarke introduced his Student Loan Forgiveness Act, which would lead to the regrettably unfair situation of some people paying back their student loans in full, while others would qualify to have tens of thousands of dollars worth of debt forgiven.

Lately, with the prospect of the cost of student loans set to double, it’s relevant again to make the case that it’s possible to acquire a college education without taking on a crippling load of debt. We’re fortunate that our daughter was capable of qualifying for academic merit scholarships (no stinkin’ FAFSA for us, baby!), but if that hadn’t been the case, we would have explored other options, including attending an in-state university while living at home, attending two years of community college as part of her undergrad degree, dipping more heavily into our savings, or, heaven forbid, managing it the way they did in the old days and requiring her to work her way through school.

America’s collective student debt has reached $1 trillion. That can’t be a good thing. It’s time for parents to start acting like parents instead of The League of Fairy Godmothers, happily seeing to their childrens’ whims and start saying, “No.” As in, “No, we can’t afford to send you to Harvard,” and, “No, you can’t live on campus,” and, “No, you won’t die of shame if you attend community college,” and, “No, we won’t co-sign a loan for you.”

When parents and prospective students start to approach the college selection process as consumers, rather than spoiled children in a candy store, maybe colleges and universities will have some incentive to start controlling costs.

I think we can all agree that when you reward a particular behavior, you’re likely to see more of it. That’s the reason we tell our children, “good job,” when they finish their homework on time or give the dog a biscuit for responding correctly to a command. So it’s quite shocking, really, to see someone suggest that rich rewards should be offered to people for irresponsible behavior, yet that’s exactly what Rep. Hansen Clarke (D-MI) is proposing with his Student Loan Forgiveness Act of 2012 (HR4170). 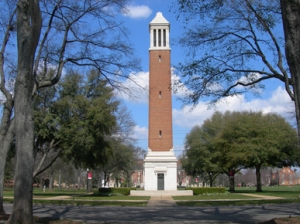 Melissa Horton, a practicing attorney who apparently saddled herself with a mountain of student loan-debt, rather self-servingly pimped the legislation for Rep. Clarke, penning an op-ed that appeared in the March 16th edition of the Washington Post. She explains how the legislation would work.

Clarke’s bill proposes forgiving as much as $45,520 of eligible student-loan debt after new borrowers have made 120 payments — equivalent to 10 percent of their discretionary income for 10 years — or would forgive any outstanding debt for those whose loans predate enactment if the borrower has already made 120 payments in the past 10 years. Even better, the forgiven amount will not count as income, so debtors need not fear paying higher income taxes for 2012.

Then, just in case you’re not quite as excited as she is about this, she goes on to explain how this is really just a bill to kick start the economy.

This legislation would be an impetus for economic growth by helping indebted college graduates get out of the renting cycle, build a small business, or stop putting off major life decisions such as starting a family.

As it happens, my youngest child is currently attending the University of Alabama, a state school. We’re not Alabama residents, so tuition runs a little over $20,000 a year, plus room and board, books and travel expenses between Alabama and our home in Washington State. My husband is a blue collar worker, and I work part-time from home so you might be wondering why I’m not thrilled at the prospect of possible relief from her crushing load of debt.

The short answer? She’s going to graduate from college 100% debt-free. I know we’ve all been conditioned to believe that a college education is impossibly expensive and can’t be financed without government subsidized loans, but I submit that it’s very doable if you encourage your child to have realistic expectations and to work hard so as to qualify for as many merit scholarships as possible.

Our daughter loves the University of Alabama, but, honestly, it wouldn’t have made her short list if money had not been an object. She would have loved to attend an Ivy League school or Santa Clara University or Stanford, and, like Ms. Horton, would likely have been accepted anywhere she applied. Unlike Ms. Horton, she made a mature and financially responsible decision to attend a school that was within our means. Well within our means as it turned out, as Alabama offered her a generous package of scholarships.

Given her academic credentials and minority status, Ms. Horton undoubtedly could have found many colleges who would have made her a similar offer. Instead, she chose to attend a college she clearly couldn’t afford, possibly for reasons of vanity, and now makes quite a point of blaming her parents for her current level of student debt.

Looking back, it’s easy to say that my parents failed. They should have asked more questions and sought counsel. More important, they should never have co-signed the loans or allowed their financial information in our aid applications because they had no intention, nor means, of paying for our pricey educations.

Then, for good measure, she goes on to curse  something or someone for failing to tell her parents that allowing their child to take on $100,000 in debt before graduating from college is a very, very bad idea.

Nine years, two degrees and one military commission later, I curse the lack of assistance my parents received in preparing me for school debt.

Ms. Horton’s parents are employed as a nurse and a law enforcement officer, two professions where you would hope common sense would be applied on a daily basis, but, for whatever reason, it was clearly not applied to to reach a rational decision regarding college debt and foolish, irresponsible commitments were made. Wouldn’t it be a slap in the face to my daughter and others like her, who did the responsible thing and set aside their desires to attend more prestigious schools, to be forced to subsidize the cost of attendance at those schools…for someone else?

Moreover, and returning to my original point, wouldn’t the number of people making theses kinds of reckless financial decisions increase if the behavior were rewarded with rather large financial incentives? Who would even try to pay their loans back in full, when their college education could be discounted by a full year’s tuition at a private university? Liberals – and I’m assuming that Rep. Clarke is liberal – are constantly yammering on about fairness and social justice. Where’s the fairness here?